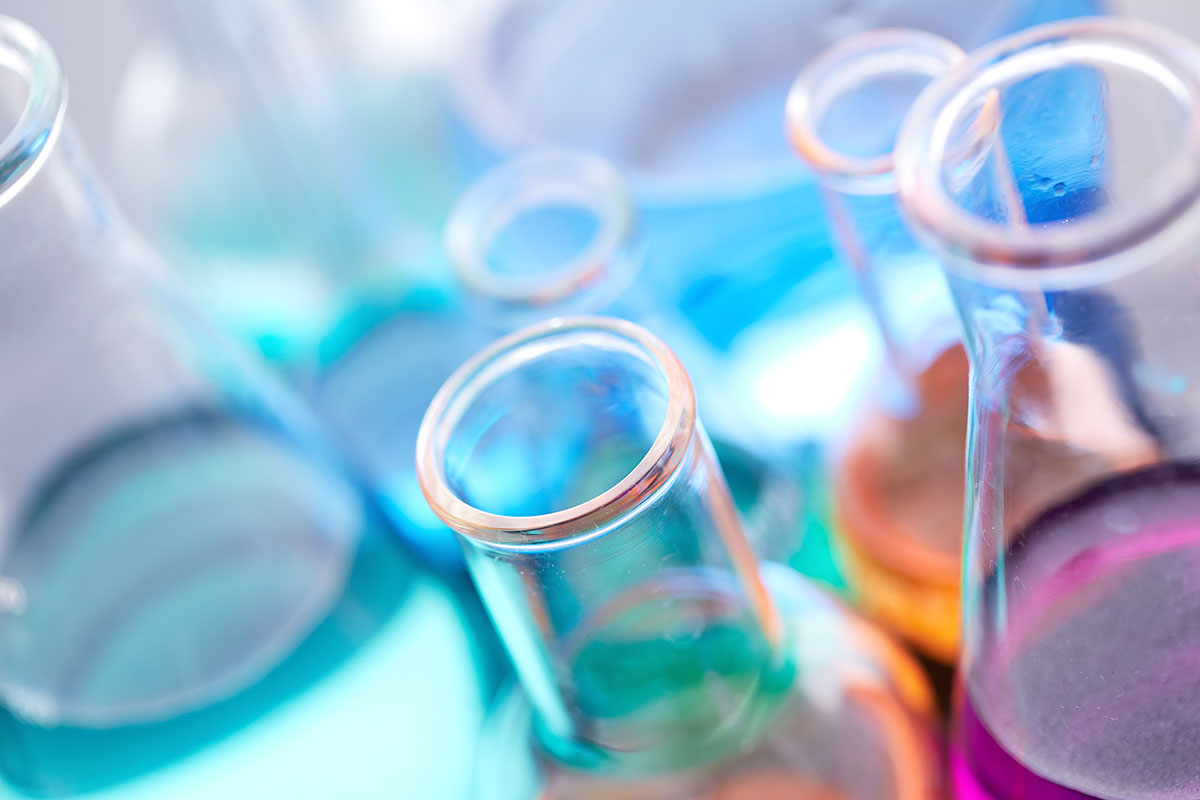 The Urgent Need for Physician-Scientists In Africa

Persistent questions plague those who have deeply thought about the pervasive problem of Africa’s healthcare. Why is it that for so long we have known about these problems but seem to have done nothing to change the situation? That question can be countered by the suggestion that there are some people who are working hard behind the scenes to solve major problems. However, each answer invites another question. How is it that so few Africans have seen it necessary to research into the continent’s health problems and create solutions? Shouldn’t the size of the problem demand an equally big response? Moreover, why should we depend so much on outsiders? What one surmises from the current trend is that we Africans cannot do anything on our own. Africa’s health research landscape is too dominated by foreign scientists and organizations. If they aren’t the ones conducting research directly, they are the ones funding and directing it in the background and will be the ones who take all the data and determine how and where it is used. This trend can only be dealt with by increasing the participation of African researchers in designing, conducting, publishing, and translation of health research into benefits for the continent. There is nobody better poised to conduct in-depth scientific research to tackle the burden of diseases than the Africa-trained physician-scientist.

Clinical practice environment of the 21st century medicine is a fast-changing one2. These changes constitute solutions to persistent and emerging health challenges. Biomedical research is a powerful tool for solving health challenges3 and plays a very important role in the provision of healthcare4. Despite having numerous health problems, participation in biomedical research is poor in the overwhelming majority of countries in Africa3. There has been an improvement in health research publications from 3623 in 2000 to 12,709 in 20145. Of these, 52% were contributed by three countries (South Africa, Nigeria and Kenya)5. Even with these publications, the practice of biomedical research in the continent is yet to reach an acceptable level4. Gross dependence of medical practice on research findings from the technologically advanced world is still the norm. This has presented numerous challenges in the management of some diseases4.

To tackle the present scourge of enormous healthcare burden appropriately, countries in Africa need well-trained physician-scientists workforce to lead research endeavours and to train future clinical researcher6. In a continent plagued by massive and continuous emigration of physicians to high-income countries7, little is known about the present capacity of the physician-scientists workforce in Africa. The lack of clinically trained research scientists in Africa portends dire consequences as exemplified in the recent Ebola virus epidemic in West Africa.

The recent Ebola virus epidemic that claimed the life of 11, 310 individuals in three countries in West Africa (Guinea, Liberia and Sierra Leone)8 exposed the weakness and fragility of many of Africa’s healthcare systems9. One of the major challenges of combating the Ebola virus epidemic in majority of these West African countries was the lack of local expertise10. According to Christian Bréchot, the president of the Pasteur Institute in Paris, “the Ebola virus outbreak exposed the shortage of skilled scientists and health-care workers able to diagnose the disease” 11. Similarly, Ameenah Gurib-Fakim, a scientist and the president of Mauritius, wrote that “the shortage of clinical scientists, epidemiologists and diagnostics laboratories to survey and curtail the disease played a major role in the devastating impact witnessed during the Ebola virus crisis”1. Furthermore, Ameenah Gurib-Fakim stated that “the Ebola virus crisis highlighted the grave disconnect between policy and research and it revealed the absence of strong and credible institutions and underdeveloped medical research systems in Africa”1. Although the immediate crisis is over and Ebola has vanished from the headlines12, it would be a colossal error to let down our guard and declare that the war is over. Most countries in Africa remain vulnerable to a resurgence of Ebola or other forms of communicable disease outbreaks12. It is high time African governments started investing in the development of physician-scientists. Without their strong commitment to these endeavours, the transition of basic science research to clinical practice (bench to bedside)13 would be significantly compromised14.

The problems facing medical research in Africa is multifaceted but a major identifiable problem is the lack of proper career structures within medical schools or biomedical research institutions in Africa15. The curricula for biomedical science courses in many universities in Africa do not inspire students to consider a career in medical research and lacks teaching on recent advances in the field of medicine15. As the 21st century unfolds, unprecedented discovery in the life sciences has redefined ways in which medical research is being conducted and, ultimately, how biomedical research leads to improvements in health16. However, while research scientists continually produce new knowledge relevant to clinical care, a good majority of these are not incorporated into clinical practice17 and clinical problems are rarely translated into research projects18. Physician-scientists play a vital role in filling this gap as they engage in both clinical practice and research19. Physician-scientists include those with a medical degree alone or combined with other advanced degrees (i.e. MBChB and PhD) with a career path in research anywhere along the entire spectrum of biomedicine, ranging from basic science, through translational and patient-oriented research, to the evaluative sciences20. This enables them to translate research findings into clinic practice as well as develop clinically relevant research questions based on clinical issues they encounter in practice or at the bedside21,22.

Prohibitive costs of biomedical infrastructure and laboratory set-up impairs research training. Many medical graduates are not exposed to state-of-the-art practical and pedagogical innovations in the field of biomedical sciences15. This locks out many young professionals who may harbor interest in medical research.

Lack of interest in biomedical research by students

The morale to pursue a career in biomedical research by most medical graduate in the African setting is low. This was shown in a study by Azu et al (2013)23, of the 167 first-year undergraduate medical students who completed a questionnaire on their choice of career post medical school, only 27.6% were interested in academic career in basic medical sciences. This dearth of interest in basic sciences recorded by the participants was ascribed to lack of interest in research as indicated by 48% of the participants while 12.3% found a career in basic medical sciences an unattractive choice23. However, interest among students can be spawned and sustained by teaching important aspects of research as a compulsory component of the curriculum.

Even with proper training, interest in research may be hampered by poor remuneration. Physicians who choose the biomedical research pathway are poorly remunerated in comparison to their clinician counterpart24. This disparity in remuneration and seemingly poor training infrastructure makes the choice of becoming a physician-scientist less. Doctors tend to opt for the more financially viable and faster option. Individuals who are determined to pursue this career path often tend to go in search of such opportunities further afield.

Funding is a major factor in sustaining a physician scientist career24,25. Africa bears the greater proportion of global disease burden but gets the lowest percentage of globally available health research funding26. Similarly, governmental funding for doctors who wish to follow a research path are very sparse and most clinicians are either not experienced in grant writing or are unwilling to pass through the rigor of securing research grants. When funding is being trimmed due to austerity measures, there is a higher likelihood of researchers losing their funding24,27; hence the risk of losing such grants may be a deterrent to passionately pursuing a physician-scientist career in Africa. Furthermore, weak intra-Africa networking in the area of funding research has also hampered the effective use of the sparse resources for the production of critical mass of quality scientists, career opportunities and incentives to retain the few available scientists26.

Due to the high demand for basic medical services, medical graduates in Africa are required to go into immediate employment as a service provider. Such forces beyond the power of the affected individuals also contribute immensely to the unlikelihood of a medical graduate pursuing a physician-scientist career directly from medical school. The high clinical workload often makes it difficult if not impossible to secure dedicated time to research in a clinical position25.

The interdisciplinarity derived from becoming a physician-scientist comes at a price. Irrespective of which one you are mostly involved in, there is a trade-off of deficiency in the less practiced profession. In times of funding shortage, physician-scientists tend to retreat to the more financially viable discipline i.e. “clinical practice”27. Clearly, there exists a dichotomy within and for the soul of an aspiring physician-scientist and governmental and non-governmental agencies should put structures in place for better transition of African medical graduates (who aspire) to pursue the path of a physician-scientist. In Africa, clinical translational research as a component of the undergraduate curriculum has not received the deserved attention in many medical schools31. There is therefore an urgent need to re-assess and improve on the existing metrics of research among medical trainees in Africa32. It is recommended that all undergraduate medical students be exposed to a reasonable degree of biomedical research. This would help in creating awareness about possible physician-scientist career options. In addition, all postgraduate residency training programmes should incorporate and emphasize extensive research involvement.

To further combat the present uphill battle, more hospitals should be supported by the government to fund clinicians who require dedicated time to perform basic medical research. The extended length of time required to finish the basic medical degree, specialize and do a PhD, needs to be shortened to incentivize the “brave” clinicians who are willing to delve into the basic science world. This can be achieved by the establishment of accelerated programmes such as the MD/MBChB-PhD programmes across Africa. Collaborative linkages should also be established across Africa for countries with weaker physician-scientist training structures to be able to “piggy-back” on the curriculum of the well-established African countries. Overall, the journey to developing a breed of physician-scientists in Africa is still a long one; but we need to leverage on the lessons that we have learnt in the past to improve the present and provide hope for the future of African medical research. It is high-time Africa acted strategically to produce a generation of talented physician-scientists workforce, create an enabling environment and incentives to support/retain existing physician-scientists and attract back those in diaspora.

Investing in an innovative, structured programme that ensures the training of new generation of physician-scientists workforce is essential if Africa is to mitigate the numerous disease challenges facing greater proportion of her populace. There is an urgent need for governments in all African countries to support academic and research institutions in providing better research enabling environment, accelerate the generation and retention of quality physician-scientists, create career opportunities in biomedical research and make available incentives for developing effective tools to improve clinical practices. This will enhance capacity development for clinical research within the continent and reduced the overt dependence of clinical practice on research findings from advanced “first world” countries.

Tapping into the promise of Nanotechnology to revolutionize healthcare

TiiraHealth does not collect personal data.