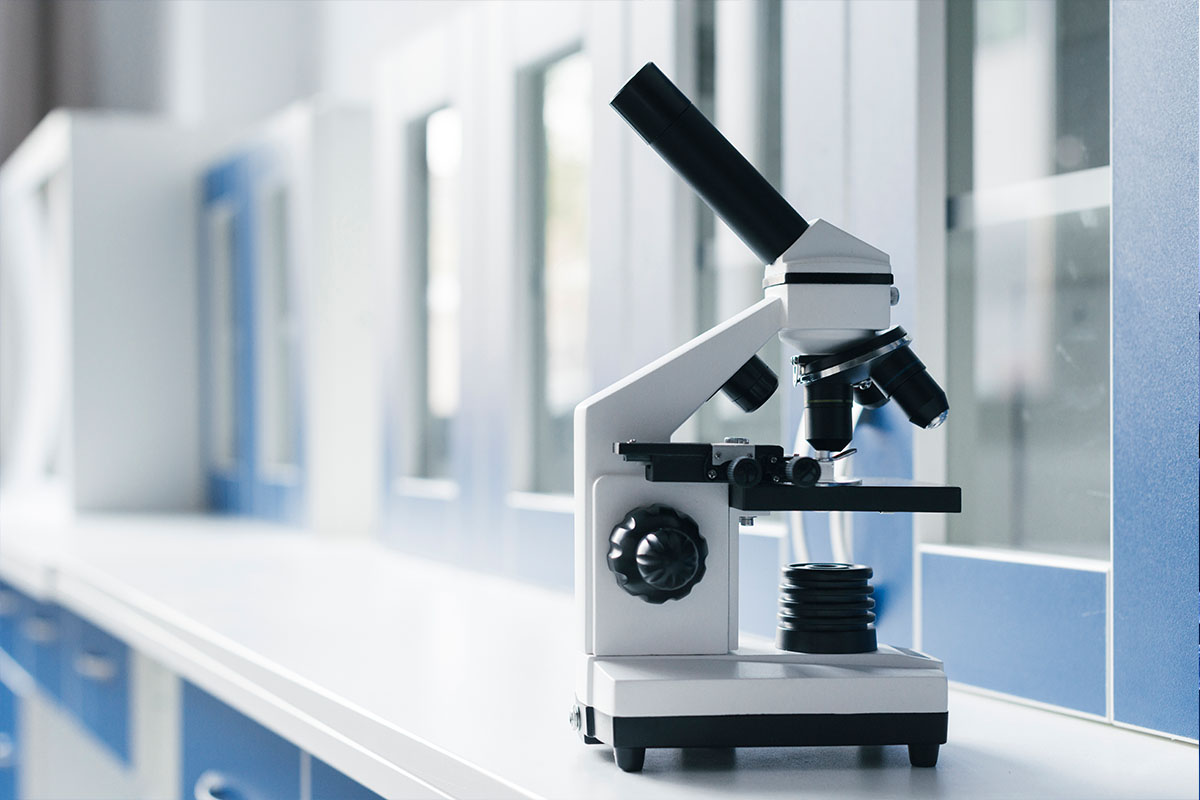 Continued progress in medicine is fundamentally dependent on the training and performance of scientists dedicated to research in the health sciences. The problem is that even in countries with a renowned calling for science, it is increasingly less common for doctors to decide to focus their careers on scientific activity.1 A formula that appears to contribute to solving this problem is the early inclusion of these future professionals in the world of scientific research during their academic training. Furthermore, the intersection between studying for medical practice and academic scientific activity allows the future professional to be placed on a path of cooperative participation in the process of constructing their own medical training, contributing to the development of both their clinical and their scientific skills.

The importance of scientific research for the physician goes beyond their direct involvement. Modern medicine is based on the search for evidence leading to a specific diagnosis. All physicians should know about research in order to understand the process for the formation of evidence.2 This is why research fundamentals should be presented during the medical student’s undergraduate period and not just as another career option for those who have obtained their MD.

As most students entering medical school are unaware of how scientific research functions and its importance, interest in scientific activity tends to emerge during the course. The factors leading to the emergence of this interest are unknown. However, the influence of a scientific methodology course3 and the opportunity to participate in scientific research during the entire degree tend to produce more researchers than limited participation during part of the higher education course.4

Targeted actions have been tested worldwide in order to deal with the declining interest in scientific careers within the medical world. At a faculty of Queen’s University in Canada, a study has shown that the inclusion of a compulsory elective subject called Critical Investigation in the students’ medical curriculum led to positive results in the motivation of such students in relation to research activities.5 The results of a similar study at Zagreb University of Medicine in Croatia are in accord, showing that the experience of a compulsory subject, The Principles of Scientific Research in Medicine, led to a positive impact on students’ perception in relation to science and scientific research.6 In Brazil, similar initiatives have been implemented with the aim of encouraging national scientific production. Examples of this are the Science without Borders and Young Talents for Science programs, both implemented by the Brazilian federal government through its research funding agencies, with the purpose of investing in the creation of future researchers, also in the medical field.

A study based on these considerations was conducted at a federal university in Brazil. It aimed at describing the interest in research among medical students to enhance the educational planning of scientific methodology as a subject and discussing its importance to medical training. Of the 278 medical students who participated, 81.7% declared they had an interest in research during their training. A percentage of 60.8% stated they had an interest in continuing research activities after graduation while 58.6% stated they had a desire to pursue an academic career. Some of the students (10.4%) declared that they already had a scientific publication.

The advancement of scientific studies in the biomedical areas has increased the need to recruit more and more health professionals to the area of research.7 Preliminary studies demonstrate high levels of interest in research among medical students, with the intention of integrating scientific activity with their curricular activity. However, many of them do not understand the benefits of research during their training period.8

Most of the students who participate in scientific studies choose research in clinical areas.7 Previous studies have already shown that medical students in the first years, who are studying basic sciences, are more eager to participate in clinical trials than students carrying out medical rotations.9 Payment is also an important motivational factor for research.7,9

There are three obstacles for medical students pursuing an academic career: accumulated debts (with student loans); the long training period; and uncertainty of success.10 From the first factor, we can derive the urgency of financial independence, in contrast to the second factor, namely the long path required for building a solid academic career. Considering this, clinical practice seems to be justified as a first-choice option, to the detriment of an academic career, which thereby lacks new aspirants. Thus, there is a need for governments and institutions to develop or improve incentive and benefit programs in order to elicit more physicians as candidates for an academic career.

Some medical students consider scientific research crucial for their future medical activity,8 with 80% of them stating their interest in putting into practice what they learned in their respective study has increased. Better guidance for medical students to conduct scientific studies is also considered crucial, so that they can publish their work and maintain their interest in science.11 Even those who do not wish to pursue an academic career can benefit from the experience of scientific research in their professional practice given that nowadays professionals who know how to search scientific information and to critically evaluate it are essential.

Analyzing the interest in research seen in the different stages of the medical course, there is a relatively homogeneous and high distribution across all years. This information seems relevant to us, considering that academic research is traditionally an optional and voluntary element in medical training and that the compulsory curricular demands include a high amount of theoretical subjects in the early years.

However, the positive data showing the interest in research contrast with the widely known fact that there is a shortage of medical professionals that effectively end up pursuing an academic career. Compared to curricular academic activity, research activity requires proactive effort from the student, as well as greater independence. Although this independence is a desirable attribute for a researcher, it should be included in a scenario that takes into consideration that the student is still an apprentice and, as such, requires constant direction, especially during their freshman year and while being introduced to research. Therefore, stimulating the emergence of new researchers requires the implementation of affirmative and comprehensive action in order to direct the student at early stages.

Analyzing the results of our research involving this specific population, the importance given to research for medical training draws our attention, as it has been put in last place on a scale of priorities that also include theory and practice as instruments for training. Only 4.7% of respondents put research in the first place in level of importance to their training. It seems to us that this is in accordance with a technicist trend within medical education,12,13,14 in which the incorporation of technology and the ability of the future doctor to understand it have replaced more intuitive medicine focused on medical history, whose investigative process depends more on method than technology. This impression is corroborated by the fact that the vast majority chose practice as the pillar of greatest importance to their training.

An interest in research does not necessarily imply a choice for a future academic career. When considered well, an interest in research means understanding its importance to medical training, which, in addition to technique, is also questioning and investigative. Furthermore, it means considering a commitment to active participation in educational training itself.

Technicist medicine seems to want to dispense with training based on individual discoveries through research in favor of training that enables understanding of ultra-modern tests and technicized diagnostics. Here, concern is not for the advent of technology, which is always welcome in order to assist health professionals, but for gradual abandonment in the training of future doctors dedicated to scientific research, which is important not only to universities but also to medical outpatient clinics and individual practices.

During the analysis of the data collected for the research, the data were cross-referenced in order to find variables that could elucidate the reasons that lead to an interest in research. Among these potential variables, the data relating to an interest in research were cross-referenced with: the gender of the respondent; any previous university degree; the existence of physicians among relatives; and the existence of researchers among relatives. No statistically valid relationship was found in the cross-referencing of the data collected from participating medical students.

The absence of a specific determinant of interest in research reinforces the importance of the issue, given that it implies that occasional factors must be multiple and scattered. It can also be implied that such factors are probably of an essentially individual nature. Thus, a project for encouraging research would also possibly have to operate in a manner that is more personalized to the individual characteristics and demands of the students.

Furthermore, it seems to us that in the diversion away from the career of researcher there is an underlying sociocultural element that identifies the physician mostly as the operator of medicine and less as its developer or instigator. This divergence between clinical practice and investigative practice becomes more and more relevant to the extent in which the benefits of modern medicine, such as genetic and molecular approaches to diseases, require an investigative capacity from the physician within the clinical assessment of such,15 meaning that advances made by research may cut across the distance between the laboratory and the doctor’s office.

Although playing a fundamental role for the initial guidance of those students already inclined toward scientific research, introductory courses specifically aimed at encouraging and focusing on research, such as scientific methodology, do not appear to adequately fulfill the role of stimulating the vocation for research by itself. It seems to us that a change to the content of the subjects in the medical degree, that is, including greater focus on the development of investigative skills, could contribute much to the awakening new scientific vocations among the students.

Limitations of the study

The data were collected using a non-validated, self-applied questionnaire. The sample was comprised of respondents who volunteered to the survey, which in itself may have selected individuals already predisposed to the field of research. However, as the objective of this work was to provide an overview about interest in research, and given that we achieved a number of respondents according to that specified initially in the methodology, these possible limitations do not negate the value of the study’s findings.

The study conducted showed that medical students at the Federal University of Health Sciences of Porto Alegre are inclined toward research activity. The approach should begin with an educational plan directed to research, in which the student is monitored in a serial manner throughout their training, with permanent incentives and the establishment of goals, ranging from an understanding of the importance of the subject up to effective publication of a scientific work.

This is an Open Access article published with modifications under the terms of the Creative Commons Attribution Non-Commercial License which permits unrestricted non-commercial use, distribution, and reproduction in any medium provided the original work is properly cited. Original article: Moraes DW etal. Interest in research among medical students: Challenges for the undergraduate education Rev Assoc Med Bras 2016; 62(7):652-658

Tapping into the promise of Nanotechnology to revolutionize healthcare

TiiraHealth does not collect personal data.